Harmful factors that can decisively influence the appearance of a disease are called risk factors.
The person with whom you acquire, of course, is more likely to get sick, and in a more severe form, than the person with whom they are not represented. If we start from the above definition, it becomes clear that this term can be understood very broadly. However, not all of these factors are equally significant.
Therefore, in the text that follows, we will emphasize what are the risk factors for coronary heart disease that play a major role. In any case, there are many factors that, acting individually or in combination, lead to disease.
Here are some quick links to what we’ll cover in this article. If you’re in hurry, or for any other reason, feel free to use the quick links to jump straight to the section you want to read:

Each risk factor is individually independent of the others, however, the risk increases proportionally. The more they are present in one person, the more dangerous the situation is. Long-term exposure to only one of the factors is enough to cause not only the disease but also complications. 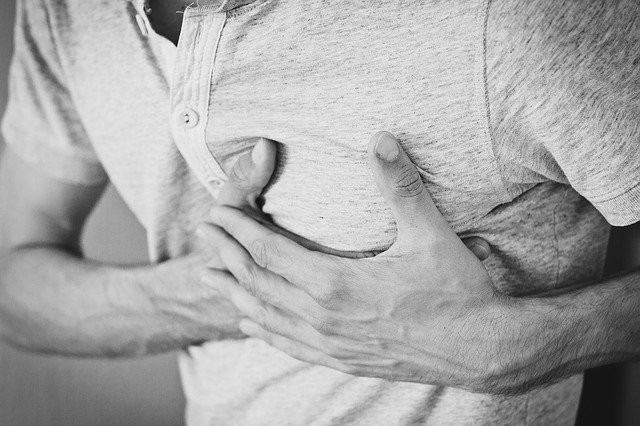 For example, if cholesterol and nicotine work together, then the risk of complications becomes three times higher than in people who are not exposed to any risk factors. On the other hand, it is known that certain people carry several factors, and remain healthy until old age, while others, even without the mentioned factors, suffer from a heart attack. The presence does not always lead to the appearance of the disease. Risk means possibility, not an inevitability.
Their true significance can be assessed in everyday life when we take into account the latest research indicators in the scientific world, according to which the number of lost years, due to premature death, ie before the age of 65, could be reduced by almost two thirds.
Today, according to modern medical principles, prevention measures can be very effective: for example, when it comes to those causes that can be eliminated (smoking, improper diet, excessive salt consumption, etc.) which today are collectively identified as risk factors of the highest priority.

The division into “large” and “small”

Based on experiences and observations from various parts of the world, at the beginning of 1965, the World Health Organization (WHO) had 10 risk factors, 5 main – large, and 5 less significant.

In addition to the above ten factors, there are other, less important factors that play a role: alcohol, age, water (hard, soft), and the like, and these are factors of “lower rank”.

Risk factors that we can control, treat and prevent

Risk factors that cannot be influenced

So, can we influence or not?

Some specific factors (high blood pressure – hypertension), smoking, hypercholesterolemia, diabetes), as already mentioned, can in some way be influenced and kept under control, while some others (heredity, age, gender), unfortunately, as we have said, there is no possibility of influence.
The World Health Organization (WHO) has especially pointed out that the first 5 risk factors (major – major) have an advantage in prevention.
In one study examining the role of nicotine (smoking) in the development of high blood pressure, the results obtained by measuring with blood pressure Holter showed that smoking raises blood pressure. It also increases adrenergic activity and at the same time increases and changes the composition of fats in the blood, as well as reflex mechanisms that maintain normal pressure values. U.S. scientists have stated that nicotine is directly related to premature atherosclerosis and serious complications.

The leading diseases of modern civilization (high blood pressure, high cholesterol and other fats in the blood, obesity, and type II diabetes) are the so-called metabolic syndrome “X”.
This syndrome was described in 1988, and it is based on insensitivity to parts of insulin. A Framingham study has shown that these risk factors, combined, increase the incidence of cardiovascular disease (angina pectoris, heart attack, or stroke) by 10 to 20 times.
This is what Dr. William Castelli called the deadly quartet, and some other doctors called the deadly orchestra or corpse quartet. In line with such frightening names, doctors around the world are paying more and more attention to this syndrome of associated diseases.

Factors for getting high blood pressure that a person cannot control

Family history: It is not uncommon for multiple members of a family to suffer from high blood pressure. If one of the parents has, the probability or possibility that a certain person will get sick is 25%, and if both parents have – the chances are higher, about 60%.

An inherited genetic component can also be a cause of hypertension in some people. Certain people have a gene that determines the secretion of the hormone angiotensin, which plays an important role in the occurrence of hypertension.
Old Age: the risk of getting it increases with age. It occurs at any age, but in old age, the probability is higher. Already after the age of forty, his presence is a phenomenon that is being registered. Blood pressure rises slowly with age, which is often a consequence of natural changes in the body that affect the heart and blood vessels.
Race: blood pressure occurs twice as often in blacks in America than in whites, and this is a more severe form of the disease.

What can a person regulate? Whose appearance can it prevent?

Smoking is a particularly fatal combination in hypertension. Candidates for heart attack are three times more common in smokers.

Chemicals from cigarettes damage the inner layer of the artery wall, which results in the deposition of matter (plaque) and the appearance of blood clots in the arteries of the heart.
Nicotine also causes constriction (spasm) of blood vessels and speeds up heart rate – it increases the number of heartbeats, often irregular.
Carbon monoxide from tobacco smoke removes oxygen from the blood and therefore the heart must work faster to compensate for the necessary amount of oxygen.

Obesity is one of the serious health risks, and it also encourages the appearance of others.

The main cause of the accumulation of fatty tissue in the body is certainly excessive food intake, as well as insufficient physical activity. In addition, some people who are overweight eat foods that contain extremely large amounts of fat, especially saturated fats.
Due to the higher body weight, the amount of blood circulating through the blood vessels also increases, which further increases the pressure on the walls of the arteries.
Inactivity is also a risk factor for high blood pressure. Namely, people who are physically inactive, first of all, are usually obese due to immobility, and on the other hand, their heart starts working faster, and the heart muscle is exposed to more effort during each contraction and thus puts pressure on the arteries.

We hope this post helped you learn what are the risk factors for coronary heart disease, their division, and risk factors.

We think that it would be very important for you to look at our text on what is atherosclerotic disease, as well as the text about the high blood pressure medication list.

And if you are looking for more ways to improve your heart health, you should check our other great Majota Blog posts.

If you have any questions or think that there are some other risk factors for coronary heart disease that we have not listed, feel free to leave a comment, it will mean a lot to us and we will be grateful for it.